Harley Davidson. Finally, i got to take the Fat bob out! In a nutshell, i loved it. Still think i'd end up customising it quite a fair bit. Great platform for HD. Please note that I had to deal with the following conditions on the test route which made the review less white knuckle interns of pushing the bike more. 1) British horrible wet weather 2) Wet roads 3) New bike (13 miles on the clock)

I saved the best bike for last. The Fat Bob appears as the misfit in the Softail lineup. It doesn’t fit the typical look of most Harleys: upswept exhaust, chopped fenders, and inverted front forks give it sportier appeal. Being the “misfit” rider in my particular moto-journalist bunch (a Millennial female among some guys who have been riding longer than I've been alive) this bike really appeals to me. As a female rider, its reduced weight also appeals; the Fat Bob has shed 33 lbs (15 kg) from the previous version, with part of that weight loss coming from a slimmer tank. Though some say they miss the 5 US-gallon tank (18.9 liters), the new 3.6-gallon (13.6 liters) tank improves comfort and overall aesthetics. Though, it still splays the legs pretty wide. As an avid runner, I was ready to get off the bike to stretch my hip flexors and move around after 130-150 miles. I love that H-D has moved away from chrome here, although I’m still trying to figure out what the multicolored exhaust is all about. I prefer simplicity and would probably switch it for a single-color exhaust. The rear fender reminds me of the Yamaha VMAX.

If you've never considered a Harley before, try one out on your favourite twisty road. You might be surprised - and so will your mates on zippy sports bikes. 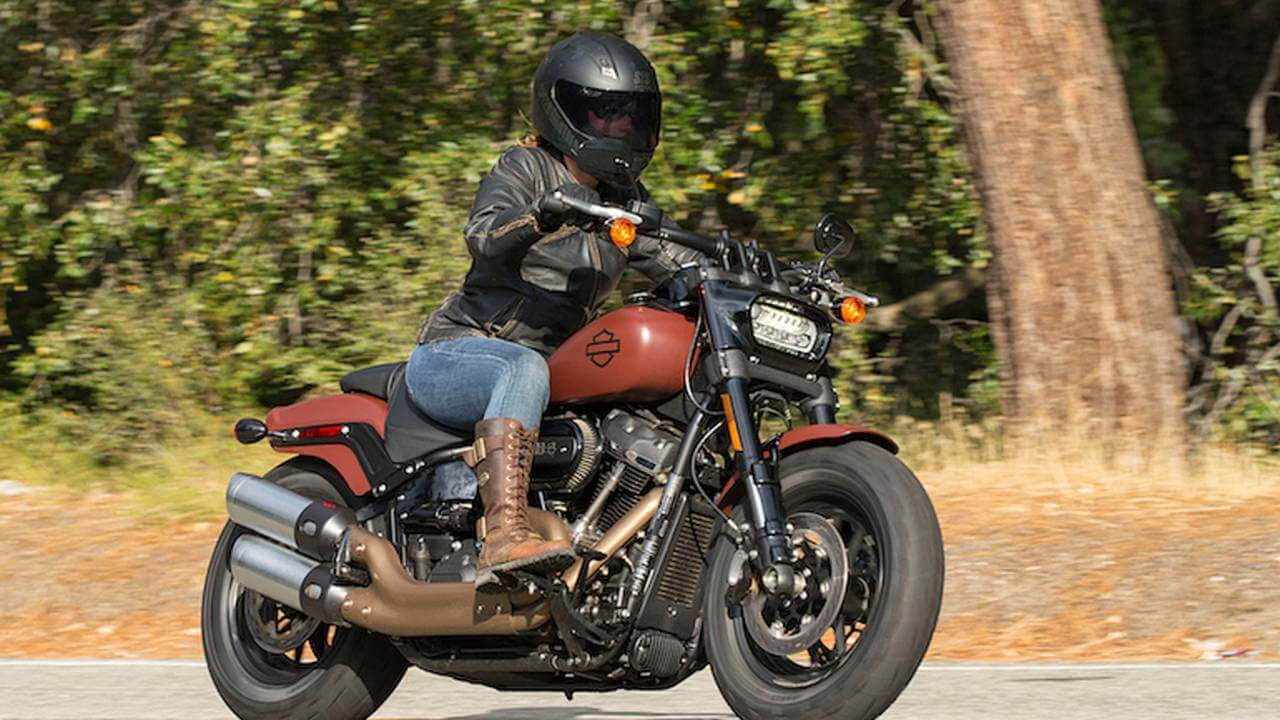